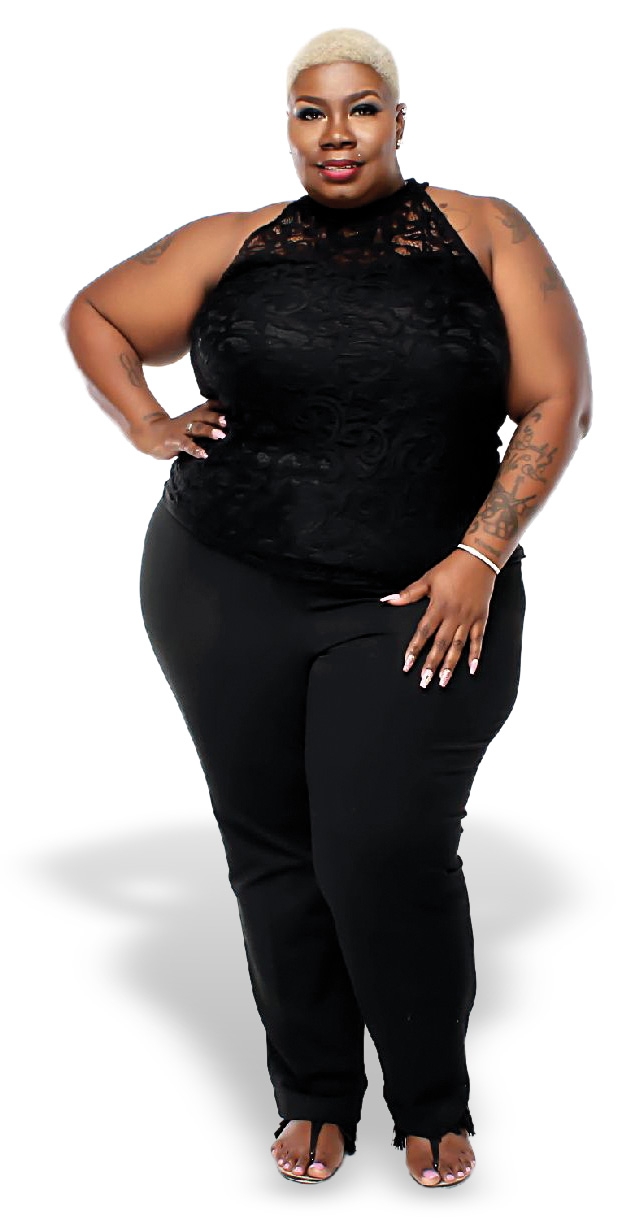 Beginning at the early age of 5, Bianca “Mz. Bee” Lee has used her gift to sing every chance she got. Born and raised in Chicago, IL, Mz. Bee learned, from that very young age, who she was and what she was meant to be. She was also taught the importance of music. With having vocalists on both sides of her family, she very easily and quickly transitioned into the music industry and emerged into the very soulful and powerful singer and songwriter. She has vowed that she will not leave this earth without having FULLY utilized her gifts and talents in every way imaginable.

Throughout her career in music, Mz. Bee has been blessed and privileged to sing and work with great artists such as Reggie Royal & Judah Outreach Ministries, Kim Burrell, Karen Clark-Sheard, Fred Hammond, Men of Standard, Lexi, Commissioned, Ricky Dillard, Walt Whitman & The Soul Children of Chicago, Carl Thomas, R. Kelly, and Jagged Edge.. just to name a few. Along with her musical peers, Mz. Bee has experienced winning the 2002 Chicago WGCI Gospel Home Jam and rendering vocals with the, legendary, Paul Anka during a Midwest Tour. She was also featured as a guest of the Chicago Gospel Music Festival, House of Blues Gospel Brunch, Taste of Chicago, Bud Billiken Parade, ASAPH Conference in Nassau, Bahamas hosted by the noted Dr. Myles Munroe, Chicago Faith Conference with Dr. Bill Winston, and rendered studio vocals for Aleho Records (GMWA Women of Worship). In 2007, Mz. Bee was also honored to share the stage to sing alongside  Min. Eugene Gregory, one of the world's most skilled individuals in Praise and Worship to date, in Maui, Hawaii. "Singing is my passion", she says, "It's what I do, y'know? You gotta have that thing that you're known for...that thing that makes you distinct. That thing for me is my music...it’s my voice!!"

In addition to her musical career, Mz. Bee is a skilled Hair/Makeup Artist and Owner of Beauty by Mz. Bee Salon Studios (Union City, GA)...She details it best, "I live, sleep, eat, and breath anything related to fashion and beauty. Our goal is to transform our ladies from the inside, out. I achieve this by pulling out and showing my clients the best THEM they can be on the inside and highlighting their exterior selves to compliment what they've discovered. It's a task...BUT...I've been blessed with, both, the knowledge and the skills to do what I do. To see the confidence and glow on my ladies, after undergoing a FULL-THROTTLE design by Mz. Bee, is more valuable than ANY dollar. Now, I’m not claiming to be the absolute best in the industry, however, NOONE can do me better than ME!!! THAT'S a fact!"

A skilled bassist and vocalist, Mz Bee has been writing, arranging, and co-producing  her own music since 2003 with the main accompaniment of her producer Sylvester "Earl" Powell (EPTONE Productions). Also, music for her debut single "Unto You..." and debut album "Just Being Me" was arranged and co-produced by Sylvester Harper (Sevensyls Productions). Life’s experiences have truly developed this woman to be a wonderful example and inspiration to all that she’s encountered and has equipped her with a powerful tool and a much needed message that has been, is, and will continue to be spread throughout the nations through encouragement, motivation, mentorship, music, inner/outer beauty, support and team building.

Mz. Bee was co-host and producer with HBO's Def Poetry Jam artist and HBO's "The Wire" actor, author, activist and philanthropist, Lamont Carey, for Blog Talk Radio's "Da Lamont Carey Show" and host and producer of her own show voted "TOP RATED" and "MOST LISTENED TO", along with co-host, A. Lee, entitled "PUTTIN' IT DOWN WITH Mz. B and A. Lee" where there were open topics and dialogue about everyday, life situations. Currently, Mz. Bee is CEO and Entertainment Representative of BV Entertainment, an firm that manages and represents individuals throughout different facets of the entertainment industry (such as actors, models, singers, authors, etc.) taking their careers to higher heights. She is, also, President and Artist Development for independent record label, One Vizhen Entertainment/Shockwav Studios, one of today’s greatest and most innovative record labels that caters to artist’s every career need that catapults them and their careers in a major way…Not only developing artists that create major hits but promoting long-term success and relevancy in this ever growing and changing music industry. Mz. Bee is hair/makeup/wardrobe director amongst some of the greatest videographers and photographers in the industry that, individually, have VERY successful and thriving careers however, when joined together, creates audio and visual MASTERPIECES…they’re known as The Conglomerate. Lastly, Mz is a cast member of the New Hit reality show, The Business Women of Atlanta and a talk show host of Talk Show Divas (TV1061).

Being the first girl and 3rd child of 9, Mz. Bee is very determined to live out and fulfill the purpose that she’s here (in this life) for ON A DAILY BASIS. "I can't focus on the past accomplishments and experiences. I must continue to progress and move forward. I gotta be on top...", Mz. Bee states, "...and with the continued motivation, encouragement, inspiration of...1...God (who is the ULTIMATE encourager and example) and...2...the greatest family and friends anyone could ever ask for in my life, I will be there. Always remember, Don’t just LOOK beautiful…BEE beautiful!”

Lillie Marie Smith was born February 9th, 1988 in Rochester, NY. She is the baby of the family, raised by a single mother, along with her two older siblings and a host of cousins. She is a graduate of Franklin High School.

Lillie Marie decided it was time for a change in her life and made a confident migration to the south, landing in Atlanta, GA., where life is different, but different is good.

Lillie Marie met the love of her life and 6 years later, she and Reginald Smith, decided to build a beautiful life together as husband and wife. Currently, employed in corporate America as an Insurance Coordinator, she knew there is more she liked to contribute of herself to the world and the desire to leave an imprint on the world.

Recently, Lillie Marie, stepped out on faith, and with the help of her “help-mate,” Reginald, they ventured into starting a catering service business called, RNL Meals. Lillie Marie has always taken pride in owning what she does and her passion for creating beautiful, tasty dishes is the new art form she would like to leave.

Always standing out among the normal ways of life, Lillie Marie dares herself to be different. When others did not believe in her ability to be successful, she believed in her faith, her herself, her family, her church and her God to share her overflow of love onto others. She is also an Author of a book, Lily in the Valley. She has been on the Stoney Love Radio Show, A guest speaker at the Sisterhood Project organization, provides mentorship for the teens with Miss Black USA Pagent.

Lillie Marie is a mother of two beautiful daughter’s, Laylah and Lyric. She exemplifies the example of courage, tenacity and determination to her daughters, daily, with hopes of always being the best. She encourages the both of them to be all that they can be and to dream of all they want to be! She teaches them to never let others and life get in the way of creating their own, individual paths and asking for their hearts desires. 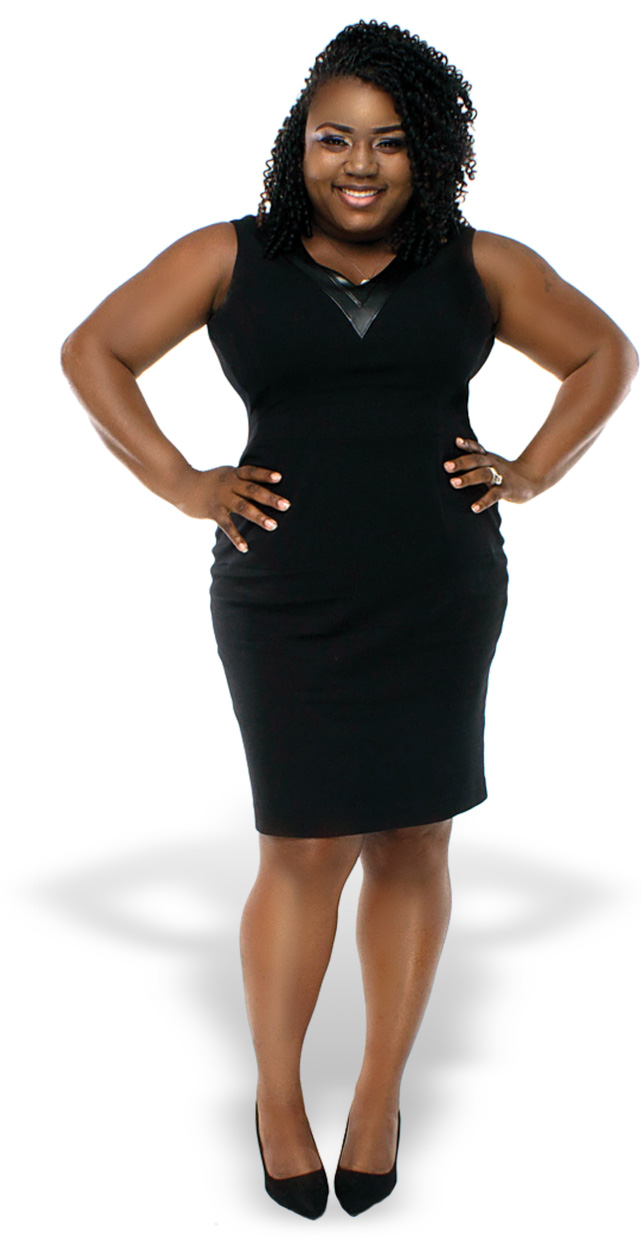